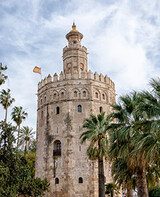 We will depart by minibus to discover with a panoramic view of the city the most important monuments like the University (Old Factory of Tobacco), the Palacio de San Telmo, the Torre del Oro, the Puente de Isabel II and the Basílica Macarena. We will visit the Plaza de España and the masterpieces of the Ibero-American Exposition of 1929.

Then it is the moment to enter into the whitewashed walls of the Santa Cruz´s quarter which brings you indescribable emotions and when you turn any corner you can feel the presence of importants personages like Bécquer or D. Juan Tenorio, everything can happen there. Since the Romans to the present, hundreds of years of history pass in front of our pupils. It is the turn of the two most precious monuments of the city: the Real Alcazar and the Cathedral of Seville.

The Real Alcazar of Seville is a group of palaces surrounded by a wall, different styles have been used (Islamic-Mudejar and Gothic). In successive reforms, Renaissance and Baroque elements have been added. This place is usually used as accommodation place for the Royal Spanish House, being the oldest royal palace in Europe, as avowed by Unesco.

The Cathedral of Seville is the largest Christian Gothic cathedral in the world. Unesco declared it in 1987 a World Heritage Site and, on July 25, 2010, a Site of Outstanding Universal Value. From the old Aljama Mosque in Seville, the minaret (the Giralda) and the Patio de los Naranjos are preserved like the original. The temple keeps the mortal remains of Christopher. 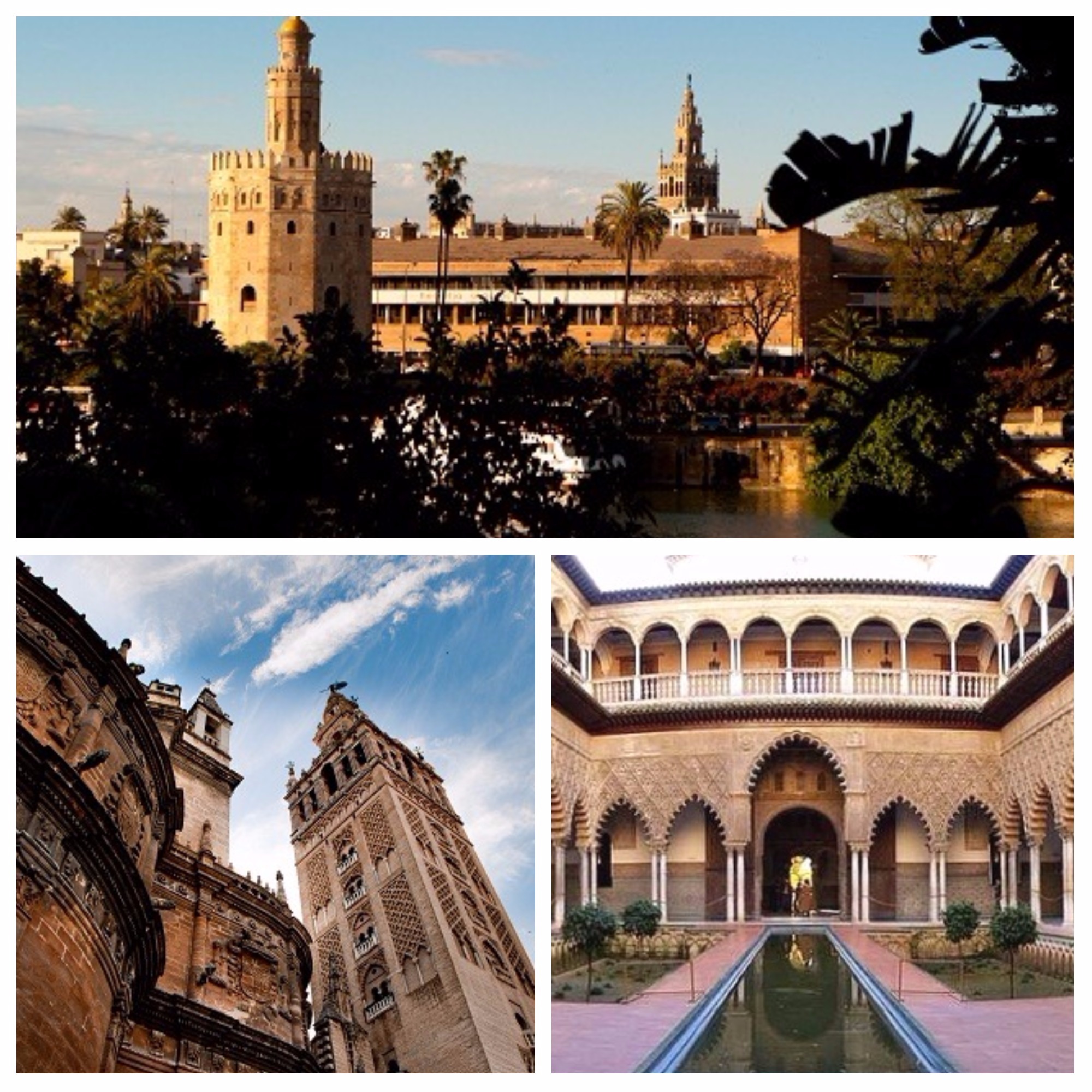 ***The drinks must be paid directly.

Getting started on your visit is too easy…

You have to print the voucher sent to your email address after the purchase and take it with you at the departure point of the tour:

Departure: From Monday to Saturday

Pickup point: reconfirm 48hrs before in the telephone indicated in the voucher.

Departure Time: 09: 00hrs depending on the starting point.